Found this newspaper article about a mysterious missing Dashper man:  Edwin Bailey Dashper. I wonder what ever happened to him? Did he ever return? Are we looking at a murder mystery, or just an overdue tramper?

Edwin Bailey Dashper, a single man, aged 40, of Shirburn-road, Torquay, has been missing since December 21.  On that date he was in Newton Abbot, six miles away, with a man named Strong, who late in the afternoon suggested to Dashper that he should return to Torquay. Dashper refused and avowed his intention of seeing some fun before going back. He was then drinking with Gipsies, paying for the drinks, and exhibiting a number of treasury notes. From that time nothing has been heard of him.

He came into considerable property on the death of his father, and has been in the habit of disappearing for days on end, though never for so long as now. He is addicted to lengthy country tramps. Local opinion is divided, some persons inclined to the belief that there has been foul play and others taking the view that he is merely indulging in a longer tramp than usual. The local police are disposed to accept the latter view. 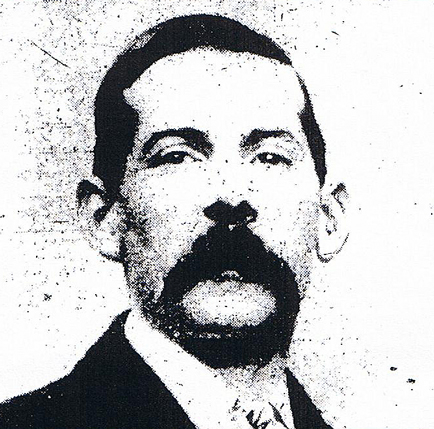 Mr Edwin Bailey Dashper of Torquay, a man of considerable means, has been missing for a fortnight.
He has had a substantial sum with him when he left home, and friends suspect foul play.
Police are scouring the countryside."

"Spent the morning in Torquay - Edwin lived at 45, Shirburn Rd - sounds a bit of an eccentric - found two items in the Torquay Times a weekly newspaper published each Friday - see attached.

Here is the opportunity for a local Sherlock Holmes to demonstrate his detective capabilities. Edwin Bailey Dashper, aged 45, of Shirburn Road, has disappeared since December 21st, and up to the present moment has failed to re-appear. There are all the elements of mystery with possible tragedy connected with his disappearance, and would-be detectives can revel in clues if they so choose. Dashper, apparently flush of money, is seen in Newton on the date mentioned, declines to go back to Torquay when asked to do so, prefers to remain behind to "see some fun" as he phrases it, and does so in the shape of standing treat to gipsies in a public house. Foolishly he displays Treasury notes whilst drinking, an action sufficient to arouse the cupidity of his companions. It is therefore not surprising to learn that nothing has been seen of him since he left the public house, neither in Torquay, where he is known, nor in Newton Abbot. Here are all the possibilities of tragedy, and Dame Rumour is already busy in hinting at foul play etc.

But, per contra, the habits and disposition of the missing man form a peculiar feature in the case and suggest a perfectly conceivable reason for his disappearance, which after all may be only temporary. He is, it appears, addicted to frequent and sometimes lengthy absences from his residence, occasionally taking long tramps into the country, but invariably returning to his domicile. True, this absence of his is the longest he has hitherto indulged  in, but there need be nothing extraordinary about it, and the chances are that, after this prolonged bout and the loss of his money, he will once again turn up as if nothing has happened.

The weather during the past week, December 29th to January 4th, has been unsettled, wet and stormy. Gales were of frequent occurrence,  some gusts of wind reaching, it is said, to over 50 miles per hour, uprooting trees and causing other damage, but very little rain accompanied the gale, only .39 inches falling during the seven days.

DROWNED IN THE RIVER TEIGN

The body of Edwin Bailey Dashper of Shirburn Road - Torquay, who had been missing since December 21st, and whose disappearance gave rise to many sinister rumours, was discovered yesterday afternoon in the river Teign at Newton Abbot by a claycutter named Froude while loading clay carts near the quay. A search of the body by the police revealed a wallet containing twenty one-pound Treasury notes, silver coins, and cheques with Dashper's signature appended, which beyond doubt definately established the identity of the deceased.  The contents of the pockets included a bank pass book bearing Dashper's name, a purse, tobacco pouch, and a pipe, in addition to the money mentioned.  The presence of money seems to do away with the theory of murder in so far as a robbery is concerned, and no signs of violence were found which would indicate foul play. The body was removed to the mortuary pending inquest.

"Edwin's body was found in the River Teign on the 12th January, 1922 - did he fall or was he pushed. All his money was still in his wallet.  Whilst in Torquay looked at the Torquay Household and Business Directory of 1913/1914 found:

Judith Kimber gives us a little more information on Edwin, from the National Probate Index:

So who exactly was Edwin Bailey Dashper?

William Bailey Dashper could  have been Edwin's father. Newspaper reports put Edwin at either 40 or 45 years of age, the latter of which  would make him Edwin William Dashper (born 1878). However Edwin William Dashper died as an infant, as well as his sisters Elizabeth and Elizabeth Ada.  More likely he would have been the brother of William Bailey Dashper (b 1851) and  uncle to Frederick Charles Dashper (the passenger on the Empress of Britain on Dashper Xfiles #22  who later died in the war), making Edwin  the son of William and Mahala (nee Bailey) Dashper.

His treasury notes are of interest. "During the whole of the period following the great recoinage there were only two other significant changes to the currency.  The first was the issue of £1 and ten shillings Treasury notes during World War I (1914-18). Although these were discontinued in 1922, from 1928 onwards Bank of England notes became a permanent part of the currency. Higher denomination promissory bank notes had been a feature of the economy since the mid-eighteenth century, with the name of  the person to whom it was payable written in by hand. From 1855 these were made payable to bearer and were used for the convenient transfer and payment of large sums rather than as genuine currency, though this role gradually changed in time and their use became more accepted, especially after 1930." [ more information ]

. . . click to see what Edwin was using to purchase drinks with his gipsy friends

Anything else about him may remain a mystery.

QUESTION REMAINING UNANSWERED:  Can modern forensic science shed light on a mystery 84 years later?  Is a body able to be conclusively identified simply by the contents of the pockets? Does the discovery of money on the body rule out foul play?  Were the weather conditions a factor? Was the track slippery due to the presence of clay?  Why was there such a difference in his actual age to that quoted in the papers. Will the inquest reveal anything to show cause of death (such as water in the lungs, head injury, excess alcohol in the blood)?