Out of the blue I received a phone call this week and the letter today from Len Harwood. I was in touch with him several years ago when researching Dashpers house in Brixham .

I knew someone had written a book (self published, out of print and unavailable) which had some info on a property in Paignton also called Dashpers but I made no further progress there. Len tells me his society do have a copy of the book but they are not sure how accurate it is.

Ipplepen, Berry Pomeroy, Little Hempston, Stoke Gabriel are all close to Paignton. The Dashpers from these places (Hext Dashper’s descendants) are likely to be linked to the ancestor that the house was once named after don’t you think? It would be very interesting to know exactly who he was.

The late Judith Kimber (one of our best Dashper researchers) mentioned there had been wealthy Dashpers who had left wills. Has anyone copies of these old wills/ documents relating to Paignton Dashpers between 1567- 1829 that would help establish a proven link ?

Calenders of wills and admins for Devon1532 -1800 are in the probate Registry at Exeter I believe so I will phone them if the Paignton Heritage Soc haven’t done that already.

An Irish Bishop called Dashpers sounds unlikely to me but you never know.

You’ll find more about Kirkham house on the internet and they have made a very good job of the restoration by the looks of it. I shall have to have a holiday in Paignton and visit it. 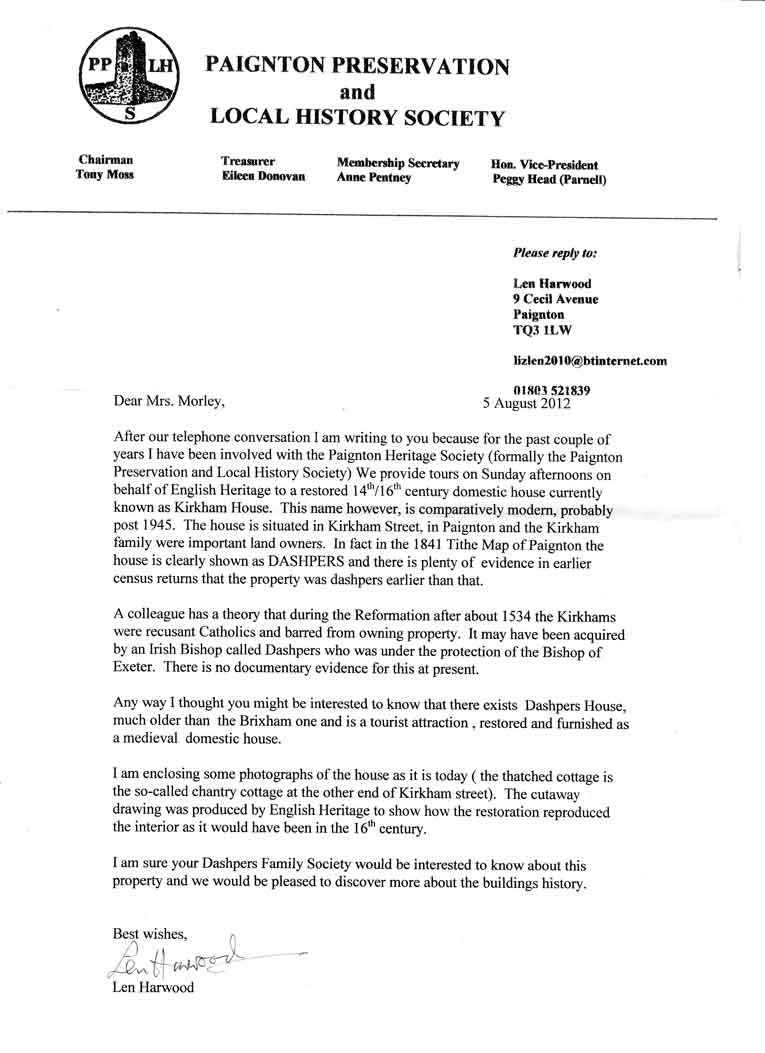 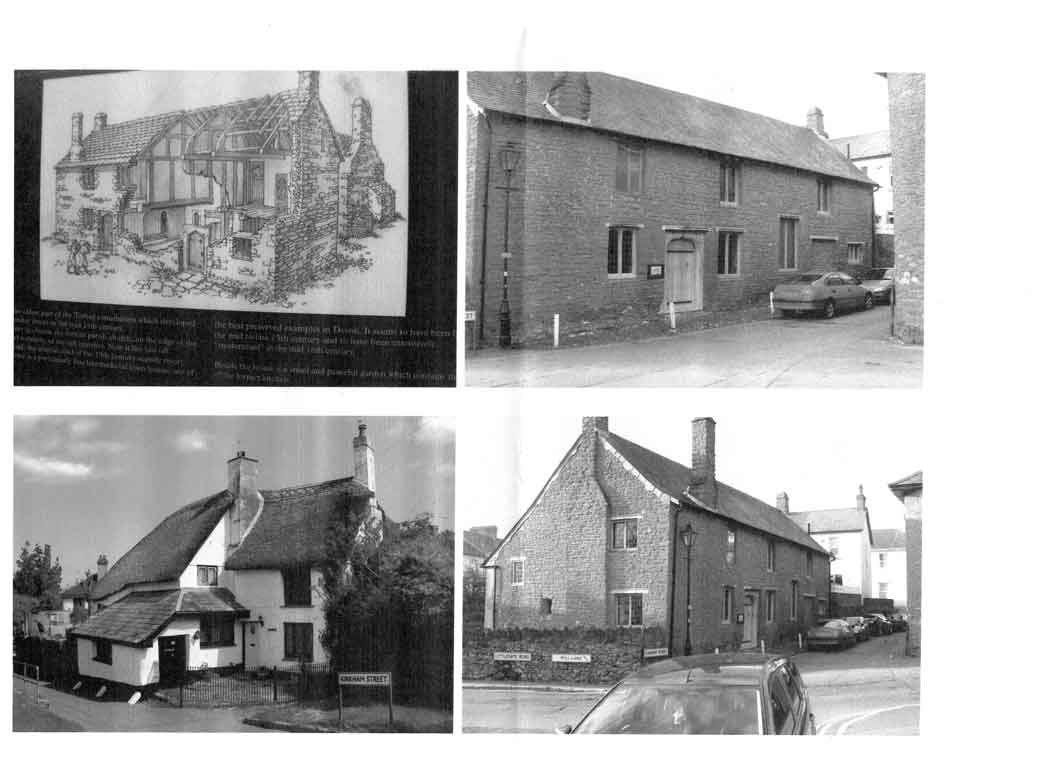 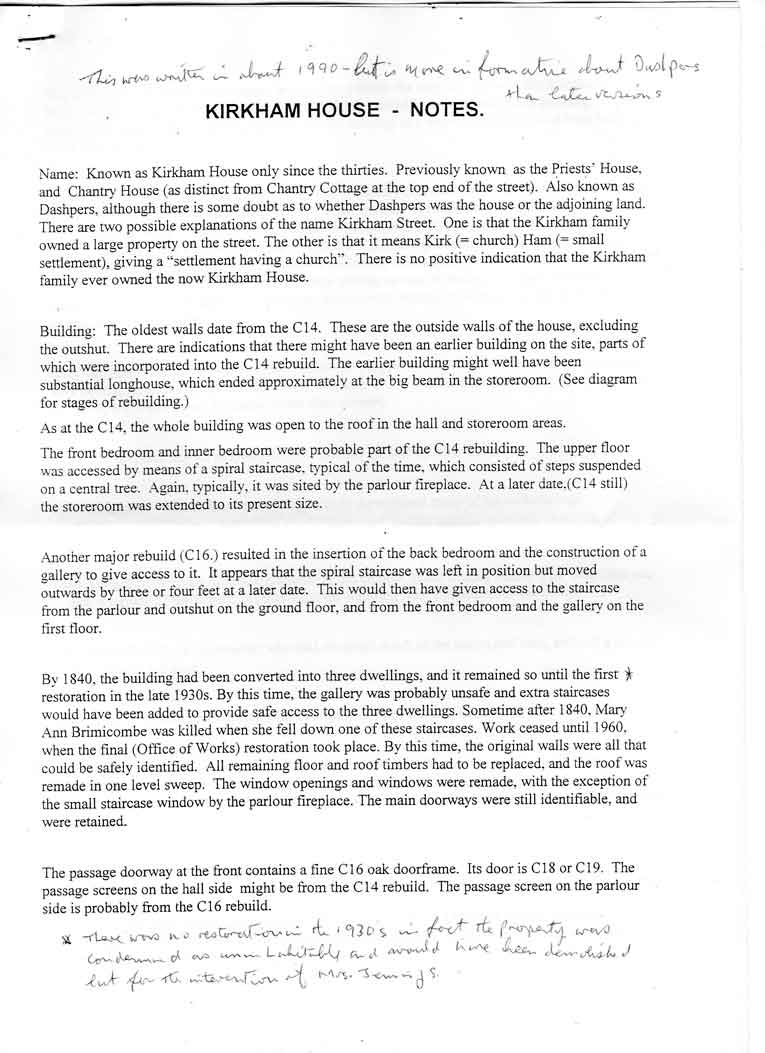 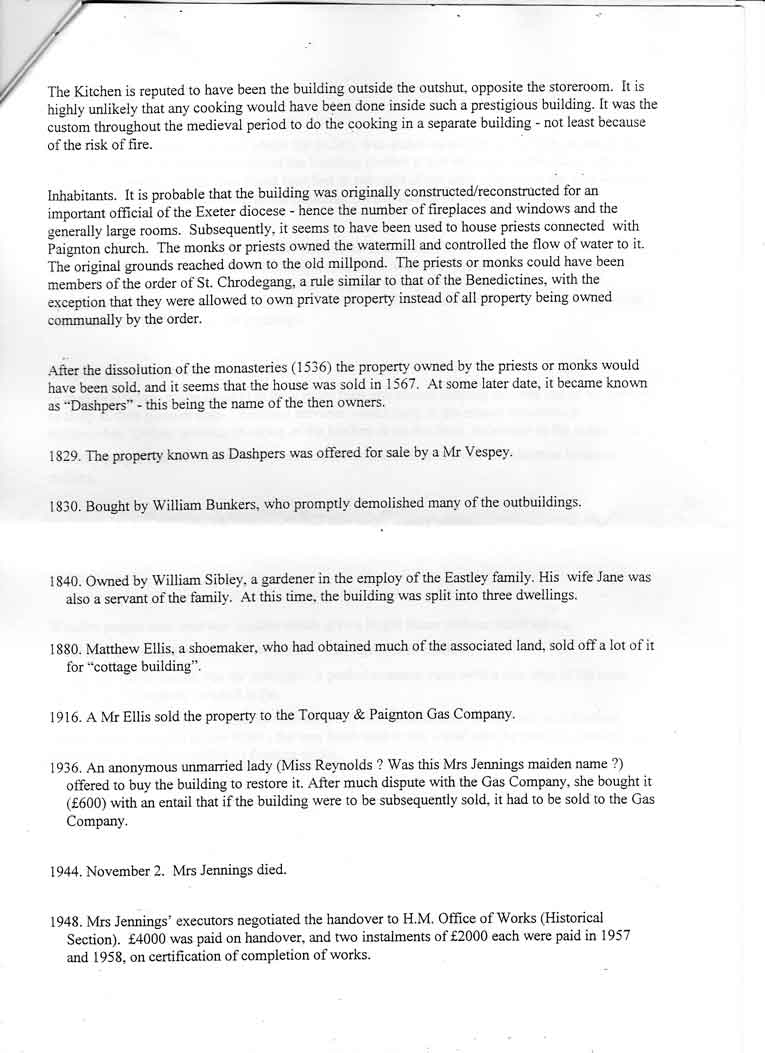