"What happened to Alfred William Dashper (practicing Solicitor) who left his wife and child in England, and emigrated to Dunedin New Zealand?"

My grand uncle Alfred William Dashper (b: 1864) had passed his final law exams in 1884, and by 1891 was employed as a Solicitor’s Managing Clerk. By 1895 he was promoted to Solicitor and moved to Cardiff to join Owen and Co as a Solicitor of the Supreme Court.  Shortly after this, he was engaged to marry Katherine Maud Parmith Medd. Four years younger than Alfred, Katherine was born in Sandy Bedfordshire in 1868.  The couple married on 20th October 1897 in Portsmith.  Gilbert John Dashper (my great grandfather) was one of the official witnesses to their marriage, along with Katherine’s parents.

Alfred William worked as a Solicitor between 1898-1901, and was a partner in the firm of Douglas Morey Ford & Alfred William Dashper.  The family were living at 12 High Street. Portsmith.  But by 1901,  Katherine’s 62 year old mother Margaret was a widow, and was living with them at Stoneleigh, Livingstone Rd, in Portsmith.  She would have enjoyed the time with her grandson Eric John Dashper.  Alfred William’s son was born in the last quarter of 1898, in Portsea Island.

In 1905 the family moved to 34 High Street, Portsmith. Around this time, at the age of 40, for unknown reasons Alfred took a solo journey to New Zealand on 4th May 1905 from London on the Shaw Savill and Albion passenger liner. The voyage took 91 days and he arrived in Wellington. He would never return home, and reasons known only to him he settled in Dunedin, New Zealand.

Back in England, almost 15 years later at the age of 22, Alfred and Katherine’s son Eric John had met his future wife Phyllis M James, and was married in the summer of 1920.  Phyllis was also 22, and the couple had one child nearly three months later in the third quarter of 1920 at Ormskirk. They named her Frances M Dashper.

However less than five years later, tragedy struck the young family, and Eric John died in the first quarter of 1925 in Lambeth, when his daughter was only 5 years.  Little Frances and her mother Phyllis moved to 157 Chilmark Rd in London by 23rd April 1927.  Frances was engaged when she was 31 years old, and eventually married William J Stratton in the third quarter of 1951 in the Camberwell district.

In 1925 at the age of 52, my unmarried grandfather Frederic (aka Frederick) Charles Dashper left London and also emigrated to Dunedin New Zealand where his brother Alfred William was living. Frederic smoked a pipe, while Alfred smoked cigars. 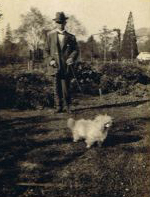 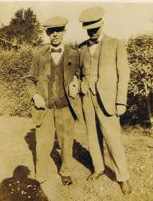 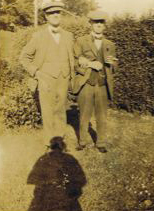 Alfred William was more than friendly with a talented and rather bohemian 36 year old painter of Scottish descent who was also living in Dunedin. Mary Paterson also had a yin-yang tattoo on her left shoulder - very unusual for women of that time. However, of the two brothers it was to be Frederic Charles who eventually married Mary Paterson on 25th January 1926. They moved from Dunedin and settled down at  616 Fitzroy Ave, Hastings, Hawkes Bay.


It was here that their only child Richard Paterson Dashper (my father) was born on 29th October in 1928. Frederic’s older brother Alfred died 42 days later in Dunedin on 10th December 1928 at the age of 63. Frederic was 55 years old at the time. We have no record to say he knew of his brother Alfred's death, nor Alfred William’s wife Katherine who later died in 1946 in the Croydon area, UK.

The question now is what happened to Alfred after Frederic and Mary left Dunedin, up until his death nearly two years later???

Searching through cemetary records in Dunedin I was able to locate Alfred's final resting place. He was buried two days after he died, in a pauper's grave at the Anderson’s Bay Cemetery in an unmarked grave (Block 37; Plot 0150). 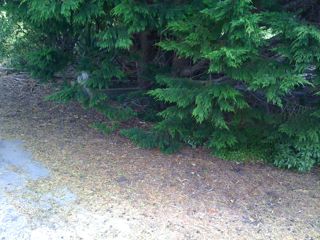 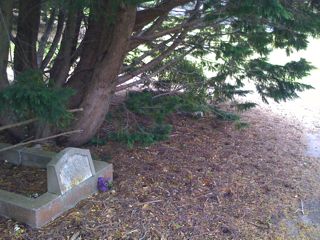 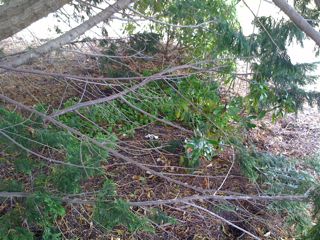